The National Highway Traffic Safety Administration (NHTSA) recently announced new recalls affecting Kia and Hyundai vehicles. The recalls involve, in total, about 600,000 vehicles, and were implemented because of problems that may lead to engine fires.

The first recall involves 2013-2015 models of the Kia Optima sedans and 2014-2015 models of the Kia Sorento SUVs, for a total of about 440,000 vehicles. Brake fluid may leak inside the Hydraulic Electronic Control Unit (HECU), possibly resulting in an electrical short. Should this happen, it could increase the risk of an engine compartment fire.

The manufacturer is reportedly aware of eight incidents related to this issue, though no accidents or injuries have been reported. Kia recommends owners park the vehicles outside until they can be seen by dealers, to avoid a possible fire risk that may damage property.

A Kia spokesperson told Car and Driver, “Kia is not aware of any fires occurring while the vehicle is turned off and parked. However, out of an abundance of caution, Kia is recommending that vehicle owners park their vehicles outdoors and away from other vehicles or structures until the recall repair has been performed.”

To remedy the problem, Kia states that Kia dealers will inspect the HECU for leaking brake fluid and replace the unit if necessary, free of charge. The recall is expected to begin on October 15, 2020. Owners may contact Kia customer service at 1-800-333-4542 and refer to recall number SC197. Owners may also contact the NHTSA at 1-888-327-4236, or at safercar.gov.

Hyundai Recalls Over 150,000 Vehicles Due to Engine Fire Hazard

Hyundai recently announced the recall of about 151,000 vehicles because of potential fire danger. This recall affects the 2013-2015 models of the Hyundai Santa Fe Sport SUVs. Brake fluid may leak inside the Anti-lock Brake System (ABS) module, possibly resulting in short. As with the Kia issue, this problem may increase the risk of an engine compartment fire.

Hyundai is reportedly aware of 15 reports of engine fires caused by this type of fluid leak but is not aware of any injuries. Though the company did not initially warn about parking the vehicles in garages, it later reversed course. Hyundai spokesman Michael Stewart stated that after further review and out of an abundance of caution, customers should park the vehicles outside until recall repairs are completed.

Hyundai also warned consumers that if the anti-brake warning light comes on, they should not drive the vehicle, disconnect the 12-volt battery by removing the positive cable, and contact a dealer.

To repair the problem, Hyundai states its dealers will inspect the ABS module and replace it if necessary, free of charge. The recall is expected to begin on October 23, 2020. Owners may contact Hyundai customer service at 1-855-371-9460, and refer to recall number 194. Owners can also contact the NHTSA at the number and website listed above.

These recalls are the latest in a series of recalls implemented because of engine fire problems that have plagued these automakers for years. The NHTSA opened an investigation into the issue after receiving complaints of more than 3,100 fires and 103 injuries. 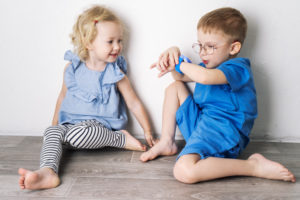